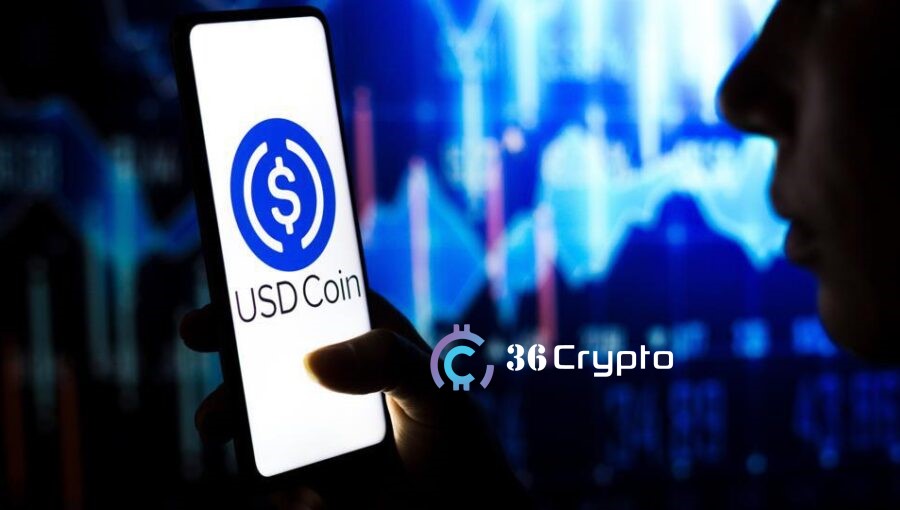 The USD Coin (USDC) is a stablecoin pegged to the U.S. dollar; it is one of those coins that bridge the gap between fiat currencies and electronic coins.

USDC was released in September 2018 under the management of a consortium called Centre, a company founded by Circle. Like the USD Tether (USDT), USD Coin serves as the electronic equivalent of the U.S. dollar (but isn’t issued and controlled by the government of the United States of America or any of its central authorities).

A Brief History of USD Coin

The USD Coin is a fiat-collateralized stablecoin; it is pegged to the U.S. dollar, the official legal tender of the country. The USD Coin was developed and launched in October 2018 as a digital replica of the highly valued legal currency of the U.S.A.

A collaboration between Circle and Coinbase led to the birth of Centre consortium, a developing company that was the platform for the creation of the now-highly-valued stablecoin and token. As a stablecoin, USD Coin is the solution to a couple of currency problems in blockchain technology: volatility and the unpredictable process of changing conventional cryptos to fiats.

Exchange platforms favor the use of stablecoins like USDC as a replacement for traditional currencies—this way, they bypass financial or central institutions without missing the stability and predictability of their currencies.

USDC works with several blockchains. Here they are:

Why do some Crypto Users choose USD Coin?

Exchange platforms, traders, and crypto users favor the USDC as they do other leading stablecoins like the USD Tether because of the following reasons:

Here is A Huge Mistake You Shouldn’t Make in Cryptocurrency

Crypto Lending and How it works