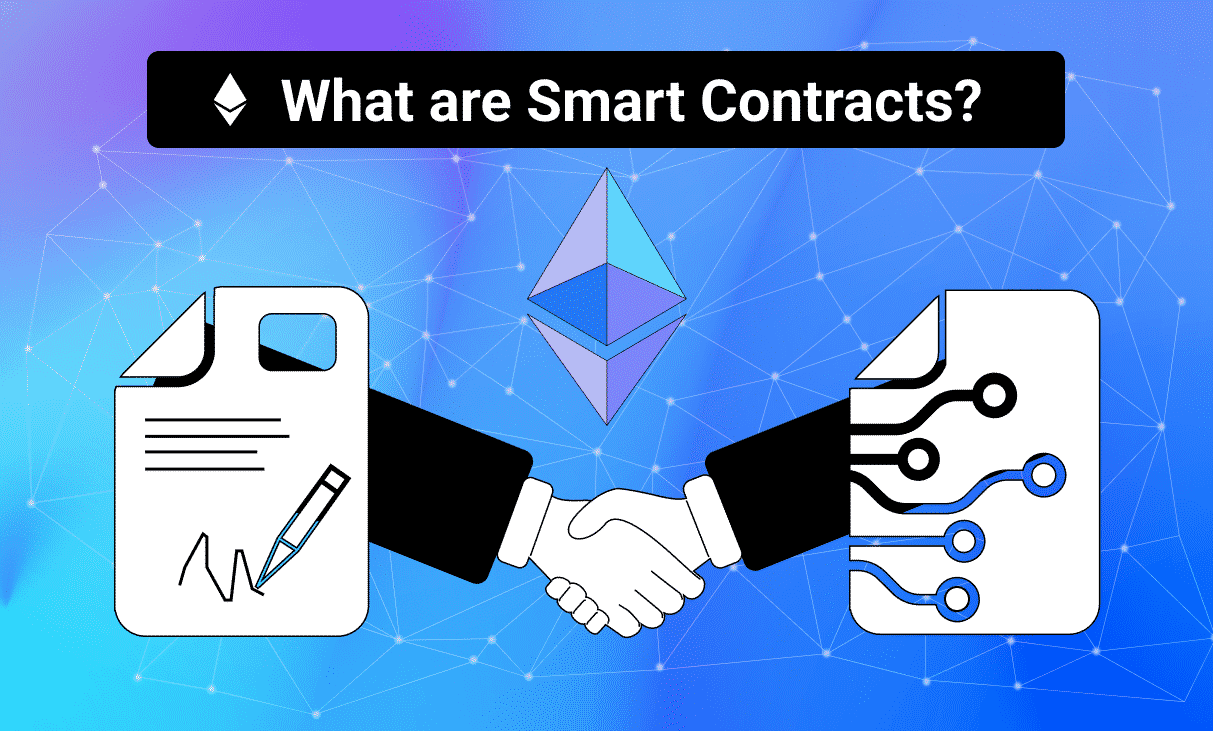 Smart contracts as the fundamental building block of Ethereum applications

Keep in mind that a contract is an agreement between two persons or more, to carry out a pre-discussed activity or sequence of actions at a particular time (or period, as the case may be).

A contract is often official enough to be written or documented for accountability, honesty, and transparency.

A smart contract is a contract as well, only smart (smarter?) and less legal (in the sense that they function without mediators).

Smart contracts are self-executing contracts that are digital (stored on a blockchain)—they are programmed to execute the moment pre-arranged terms and conditions are met.

With smart contracts, the networks or individuals involved in a digital transaction automatically receive the details of the contract on all ends without the involvement of intermediaries.

Nick Szabo, the computer scientist, and cryptographer who first used the term “smart contract” and proposed the innovation in the 1990s wrote severally on the concept. He wrote this article as an introduction to the concept of smart contracts and this one as a comprehensive exposition of what they would do in the digital market.

One of the most profound challenges with conventional word-of-mouth or pen-to-paper contracts is that they demand trust. And trust is a risk no one should be overly willing to take, I guess.

We may get into a wagering contract, with, say, $50. For the sake of this imaginary bet, let’s assume we agree to get into an arm wrestling. Here’s the proposed deal: “I win, you give me $50. You win, I give you $50.” We could decide to lay the cash by the side, physically, or we could get a middle man on the side.

In any case, I could hoodwink you and breach the agreement if things don’t go my way. I could quickly make away with the cash. It may have been an agreement, but I could have other plans you know nothing of.

In the case of a written agreement, I may deny all your claims. And if I had involved a legal practitioner, I may as well have connived with him to fool you. Or, if I genuinely get roped in a legal mess but still refuse to keep to my part of the agreement, little can change if I’m crazy enough to prefer a jail sentence over keeping to our agreement.

These are just a few of the many possible problems with conventional contracts. But with smart contracts, the completion of premeditated terms and conditions immediately triggers the actions of the contract based on how it has been coded and programmed.

Nick Szabo first used “smart contracts” to refer to “a set of promises, specified in digital form, including protocols within which the parties perform on these promises”. With smart contracts, the involved parties cannot but keep to their word.

On blockchain technology, smart contracts work exactly like vending machines. No contract will be triggered to execute until pre-agreed conditions are met.

Related: What is Blockchain Technology?

The Importance of Blockchain’s Smart Contracts

Smart contracts are the fundamental building block of Ethereum applications—its ultra-improved version came into the cryptocurrency scene in 2014 and served as a unique selling proposition against Bitcoin and many other subsequent digital coins.

Here are some key reasons why smart contracts are important to cryptocurrency transactions:

Blockchain uses cryptographic technology (the encryption and decryption of data) to secure databases from third-party access. Smart contracts are therefore safe from external involvement because they function on blockchain technology.

The exclusion of intermediaries (governments, financial institutions, etc.,) rules out the need to risk trusting any individual (with smart contracts, you may not even need to trust yourself).

Smart contracts prevent the paranoia that should naturally go with conventional contracts that can be altered or misrepresented for selfish reasons.

With non-smart contracts, clauses can be manipulated or misinterpreted by one or more parties (perhaps for personal interests). Smart contracts skip such problems by defining each condition clearly for all involved parties to understand and deciding whether they’ve been met without being influenced by any of the participants.

You can always predict the outcome of smart contracts since their terms and conditions are clear—one can tell once they’ve been met.

Human beings may change the outcome of a traditional contract based on inaccurate judgment or differences in interpretation, but the same can’t be of self-executed contracts.

Smart contracts are quite a see-through system on the blockchain. Ledgers are distributed publicly, making it possible for all involved networks to have the same accurate account or transaction records.

Smart contracts are automated and self-triggered. Once pre-set terms and conditions are completed, the contract executes itself. No middlemen, no hardcopy documents, no bottlenecks, no time-wasting.

ACCURACY IN PRESENTING FACTS AND DETAILS

Through Distributed Ledger Technology (DLT), smart contracts are executed on the blockchain with mouthwatering accuracy and consistency through all public records. Expect no mistakes or inconsistencies.

Smart contracts help you save money by reducing fees for transactions to almost nothing. When there are no middlemen, service or transaction fees are sure to not be a problem.

How to add a Network using Chainlist on Metamask