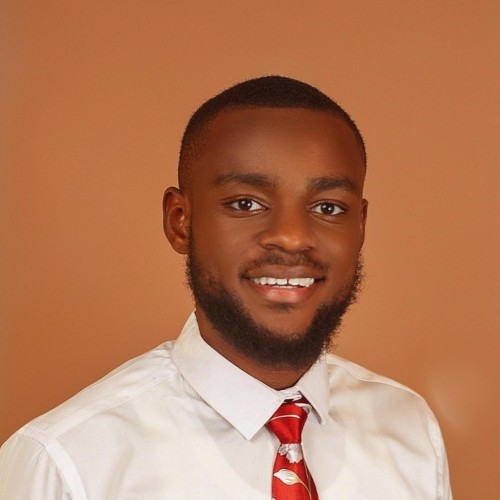 Fredrick Agagahttps://36crypto.com/
Fredrick Agaga is a blog writer and sales Copywriter with an uncanny obsession for cryptocurrency white papers. You may think that's an unpleasurable way to go, but not so for him. He lives for simplifying 'complex' ideas and sparking conversations with readable, engaging, and easy-to-understand content.

Cryptography’s first Global Digital Currency (Bitcoin) and How it Works

Although predictions and speculations over digital currencies span decades before, Bitcoin, launched in 2009, is considered by many investors as the first virtual currency.

In 2002, the Organization for Economic Co-operation and Development (OECD) published a series of papers presented at a Forum for the Future meeting observed in Luxembourg. They envisioned the concept of digital money in a book titled “The Future of Money.”

The foreword of the book begins: “Looking to the next few decades, technological advancement combined with fairly dramatic and social changes could create conditions for the emergence of new, virtual forms of money and credit.”

A programmer (or group of programmers) would come under the pseudonym “Satoshi Nakamoto” only 7 years afterward and create a virtual form of money, the one known as Bitcoin. Bitcoin is considered the mother of all electronic coins and rightly so because it is the first known success of its kind and holds about 45% of all the cryptocurrencies in the world

Related: What is cryptocurrency?

In a 2008 whitepaper for digital currency, Satoshi Nakamoto explains the concept of Bitcoin as a purely peer-to-peer version of electronic cash that allows virtual payment to be sent directly from one party to another without the use of a financial institution.

The whitepaper also reveals: “The network timestamps transactions by hashing them into an ongoing chain of hash-based proof-of-work, forming a record that cannot be changed without redoing the proof-of-work.”

And because Bitcoin operates on the cryptographic Blockchain Technology, it is decentralized and safe from any third parties. No intermediaries (governments, financial institutions, or any central regulatory authorities) stand between users when they trade or exchange using this form of money.

Bitcoin appears to be the best version of money in the financial narration of mankind thus far because:, Unlike traditional money, it is decentralized. You can buy, sell, and store wealth without involving any central authorities.

Why is Bitcoin Valuable?

As mentioned in this article, humanity, over time, has chosen what item, object, or concept to confer value on. The most basic way to start a discourse on why Bitcoin is valuable is a simple truth: humans are now saying it is.

Over the past 5000 years or so, money has evolved off the shoulder of the barter trade system. Animal hide and other similar features, gold, silver, metal, cowries, seashells, coins (of diverse make-up), paper currencies, etc., have all served as representations of value at different times.

People are willing to give out or receive Bitcoins for tangible and intangible products and services—even in exchange for fiat currencies. Primarily, they’re valuable because we have said they are.

Other reasons why Bitcoin is valuable to include:

Now you know the key reasons why Bitcoin is valuable. But we must fall back on our first mention to truly establish why a form of money would be of any good to anyone. Bryan Routledge, associate Professor of Finance at the Tepper School of Business, Carnegie Mellon University, can’t agree more.

He said: “Bitcoin has value because people think it does. And if that sounds kind of unstable and goofy, it’s because it is.”

The year is gradually coming to an end. As the year 2023 comes, there are some cryptocurrency trends to...
Altcoin

In a world where Cryptocurrencies like Bitcoin, Ethereum, and Dogecoin have become the new trend and everybody is beginning to jump on the bandwagon, it is only normal to source out for a genuine platform that guides you through the right path.

36crypto provides information about the crypto space and other related platforms like NFT and the Metaverse. We bring up-to-date daily coverage on crypto prices and cryptocurrency exchanges like Binance, Coinbase, Kraken, Gemini, and others.

36crypto has a team of well-informed experts and market analysts whose passion is to make your crypto journey as easy as possible. Visit our website to stay updated on the latest crypto news and don’t forget to subscribe to our newsletter.

© 36crypto.com
We use cookies on our website to give you the most relevant experience by remembering your preferences and repeat visits. By clicking “Accept”, you consent to the use of ALL the cookies.
Do not sell my personal information.
Cookie SettingsAccept
Manage consent

This website uses cookies to improve your experience while you navigate through the website. Out of these, the cookies that are categorized as necessary are stored on your browser as they are essential for the working of basic functionalities of the website. We also use third-party cookies that help us analyze and understand how you use this website. These cookies will be stored in your browser only with your consent. You also have the option to opt-out of these cookies. But opting out of some of these cookies may affect your browsing experience.
Necessary Always Enabled
Necessary cookies are absolutely essential for the website to function properly. These cookies ensure basic functionalities and security features of the website, anonymously.
Functional
Functional cookies help to perform certain functionalities like sharing the content of the website on social media platforms, collect feedbacks, and other third-party features.
Performance
Performance cookies are used to understand and analyze the key performance indexes of the website which helps in delivering a better user experience for the visitors.
Analytics
Analytical cookies are used to understand how visitors interact with the website. These cookies help provide information on metrics the number of visitors, bounce rate, traffic source, etc.
Advertisement
Advertisement cookies are used to provide visitors with relevant ads and marketing campaigns. These cookies track visitors across websites and collect information to provide customized ads.
Others
Other uncategorized cookies are those that are being analyzed and have not been classified into a category as yet.
SAVE & ACCEPT