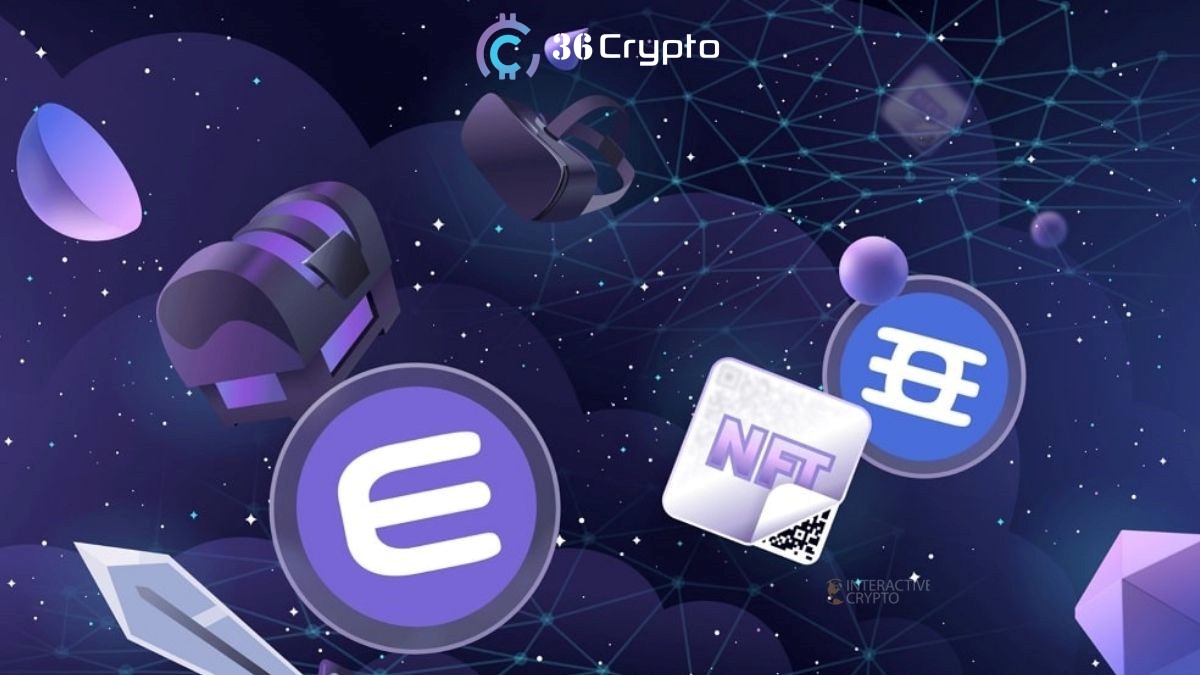 The Metaverse forms a bridge between the real world and the virtual world. Interest in emerging technology has skyrocketed in recent years as well as the crypto coins associated with them. In this post, we will be looking at the best coins to invest in for October 2022.

This year has not entirely been favorable to the crypto market as compared to 2021 which saw a bullish market in most of the cryptocurrencies. Bitcoin for example rose to its all-time high of $68,000 and also Ethereum rose to a new height of $4,800.

Sadly, 2022 came with a bear market and investors have been looking for alternatives to invest in. The Metaverse is expected to grow rapidly in the coming years and therefore it is wise to look to expand your portfolio and add some of the associated tokens to your wallet.

In case you are not very familiar with what the Metaverse is, or maybe you have a little idea but are still confused, in the next section I will give a brief explanation of what it is and why it is gaining much traction.

Understanding the Metaverse in simple term

Think about a world where you can live, work, and also communicate with other people without leaving your house. As we earlier said, a Metaverse is a form of a bridge that links the real world with the virtual world.

You must have seen some instances of the Metaverse in movies where you see an individual with some kind of glasses in a room and being transported to something that seems like another world. This is a summary of what the Metaverse is like.

In very simple terms, the Metaverse is a network of 3D virtual worlds focused on social connection. According to a post on Wired.com, the Metaverse can be seen as an augmented reality that combines aspects of the digital and physical worlds.

The concept of the Metaverse is still not entirely clear, and it could be argued to be because the technology is still being built and probably too new to entirely encompass what it fully means.

Attention and interest in Metaverse grew after Facebook changed its name to Meta, which signaled that they were going to infuse the virtual reality world into its social media platform. Also, the use case of the coins associated with Metaverse has experienced an upward trajectory and investors are beginning to look for some of the best Metaverse coins to invest in.

In the next section, we will be looking at some of these coins that you should keep your eye on.

Best Metaverse crypto coins to invest in for October 2022

In no particular order:

Decentraland has grown to be one of the most popular Metaverse crypto coins in the market its no wonder it starts our list of top Metaverse coins to invest in. Its development started in 2015 and was launched in 2017 by Argentinians Ari Meilich and Esteban Ordano.

It is a software that runs on the Ethereum network and it looks to reward a large network of worldwide users to operate in a virtual world. Decentraland has the LAND Non-fungible token (NFT) which is used to show ownership of digital real estate. Check out our top NFT project to buy in October 2022.

The native token of Decentraland is MANA. It is used to facilitate transactions, like the purchase of LAND, and also goods and services used in Decentraland.

Decentraland allows buying of virtual assets such as digital real estate at the same time interacting with the virtual world. Participants who hold the native MANA token can also participate in policy updates on the smart contracts built on the blockchain.

As of the time of writing this post, Decentraland has a Market Capitalization of $1.92 billion and is sold at $0.64 per token.

The Sandbox has managed to remain one of the most profitable cryptos amid the general market crash. It initially started in 2012 as a 2D project which was operated on mobile platforms. Forward to 2018, a new version of the project was being developed, turning it into a 3D multiplayer platform that operates on the Ethereum blockchain.

The Sandbox offers a virtual world where players can build and monetize their gaming experience. It is in direct competition with Decentraland and is also one of the most profitable Metaverse coins to invest in for October.

Assets on the Sandbox can later be sold on the open market. The native cryptocurrency of the Sandbox project is SAND. Along with another crypto in the market, SAND got to its all-time high in November 2021 when it reached $8.44 which showed a 16,000% increase in one year.

Live data from CoinMarketCap shows the market cap for Sandbox at $1.1 billion and each token sells at $0.75.

Battle Infinity was created in 2022 by Suresh Joshi and Jagjeet Jena. It is a multi-based play-to-earn Metaverse game. The project rewards its skilled players with IBAT which is the native token of the platform.

They boast of being the first decentralized Metaverse gaming platform. In the Battle Infinity world, players enjoy the Metaverse experience where they can interact and watch the Battle Arena as well as also play games and earn.

In Battle Infinity, plots of virtual lands can also be purchased and can be monetized through adverts. As you can see, there are several ways to earn with the Battle Infinity project.

Other ways to make money on Battle Infinity include rewards through participating in a built-in fantasy sports league, and also in a staking mechanism. Battle Infinity sold out its IBAT presale in a short period of 24 days due to popular demand which later saw the price pump after it was listed on PancakeSwap and LBanki.

Battle Infinity has a market cap of $11 million and IBAT sells at $0.0036 according to live data from CoinMarketCap.

Tamadoge is a deflationary cryptocurrency launched in July 2022 where players battle and proceed in stages by earning Dogepoints. The project blends features from P2E gaming and NFTs.

In Tamadoge, users can create and breed Tamadoge pets, and also can trade these pets as minted NFTs. The TAMA token is the native cryptocurrency of the platform and it can be used to conduct transactions, buy pets and also trade on the Tamaverse.

The pet growth suggests the player’s growth on the leaderboard. The TAMA token has a maximum supply of $2 million which differentiates it from other meme coins like Dogecoin. However, the amount will be reduced in the long term.

After getting listed on OKX, BitMart, and Uniswap, it triggered an upward movement in the price of the token. Its initial price during the launch was $0.01, since then it has grown to an all-time high of $0.159 which is about a 1,490% increase from its initial price.

Live data from CoinMarketCap shows that Tamadoge has a market cap of $34 million and is trading at $0.03.

Render Token was launched in 2016. It is an Ethereum blockchain-based network that was designed to connect users who are looking to perform jobs with those who have spare GPUs to process the renders.

It is known that the Metaverse requires a large amount of GPU space because some of the big Metaverse gamers process a large number of transactions every second. Its goal is to facilitate a peer-to-peer GPU rendering opportunity as well as monetization for 3D media.

RNDR is the native token of the network and it was launched in 2020 with an initial price of $0.05. Since its launch, it has reached a high of $8.76. Live data from CoinMarketCap shows that Render Token has a market cap of $108 million and currently sells at $0.42.

Sushiswap is another Metaverse crypto coins you should consider to invest in. It was launched in 2020. Sushiswap is a decentralized exchange that is built on the Ethereum network. It uses smart contracts to provide liquidity pools that allow users to trade crypto directly.

Sushiswap has created an NFT marketplace with the Metaverse. You can use Sushiswap to trade one cryptocurrency for another including trading fiat for cryptocurrency. According to live data from CoinMarketCap, the price of SushiSwap is $1.43 and has a market cap of $182 million.

Wider World is the last Metaverse crypto coins you should invest in. It is a low market-cap cryptocurrency. The project is a 5D Metaverse built on the Ethereum network. Wilder World allows users to buy and build assets like land, houses, statues, and more.

Launched in September 2021, is a photorealistic Metaverse project and NFT marketplace. As of writing this post, live data from CoinMarketCap shows that Wilder World has a market cap of $21 million and currently sells at $0.225.

Disclaimer: This is not financial advice. The views and opinion expressed in this article are solely of the author and is in no way a recommendation. You are advised to do your own research before investing in any cryptocurrency.

Top Metaverse coins to invest in